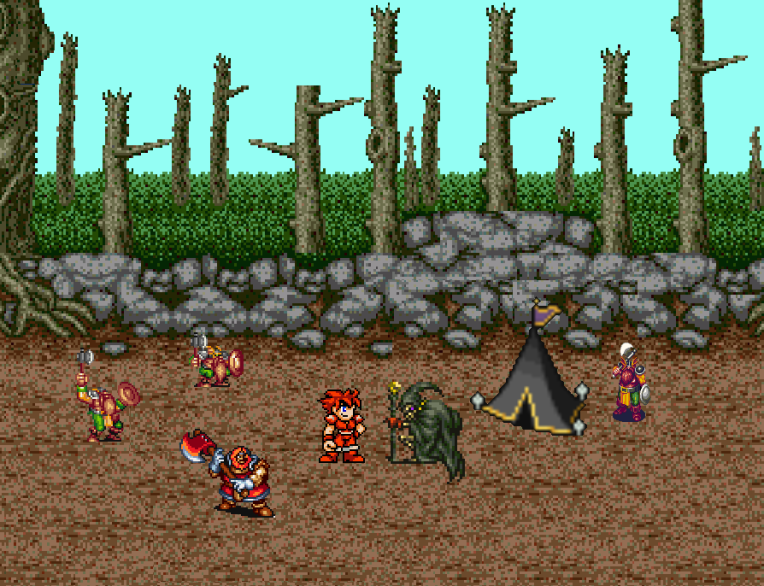 He finds himself wrapped in a nest of warm blankets. He smells black earth, pine, fresh air. The wind gusts, and around him canvas snaps and guy lines sing. He sits up and realizes he is in a tent.

He feels at his shoulder and finds it healed, whether by the Shaman’s magic or a Potion of Healing he does not know. A thick lump of scar serves as a reminder of his injury; when he probes it with his finger he thinks he can feel the piece of green metal still buried inside his flesh.

A dark figure moves on the opposite side of the tent. “Leave it alone,” the Shaman hisses.

A light flares and the Dwarf produces a candle, illuminating the interior of the tent. Now that he can see the Shaman better, Jack draws back with an involuntary gasp. The Dwarf is bent, gnarled, and twisted like an ancient pine clinging to a sea-cliff, hunched under the weight of a boulder-like hump. Even with the cane he clutches in his lap, the creature seems hardly capable of standing. The Dwarf’s feet are gnarled claws more nearly resembling chicken legs than any humanoid limb, and the hand that grasps the head of the cane is not flesh at all, but a cunning piece of ironwork controlled by means of hydraulic cylinders. When the Dwarf raises his mechanical hand to draw back the deep hood of his cloak, Jack sees his real hand, a tiny withered thing with three stumpy little fingers, inside the glove manipulating the hydraulic controls.

“Outside the castle, in the forest.”

“Safe. As are many others. More important is that you are safe. You are the Guardian of the Nightcrystal, by the will of the Gods.”

The Shaman waves his hand dismissively. “I see. I listen.”

“And the Pyrohydra? What of your quest for the treasure? The Hydra’s Furnace?”

The Shaman shrugs. “What does it matter? Gold and glory are everywhere. All that matters is that the Shards are found and reassembled.”

Jack sighs. “I was meant to rescue a human girl from the castle of a Cloud Giant. I had thought to find that castle here, above the lair of the Pyrohydra.”

The Shaman shakes his disfigured head. “There is no Cloud Giant here. You will have to seek elsewhere if you wish to accomplish this quest.”

Jack shakes his head in sorrow. So much time lost . . .

Perhaps sensing his thoughts, the Shaman stirs and hauls himself precariously aloft, clinging to his cane.

“There are powers I can consult, which may help you find your way again. Come.”