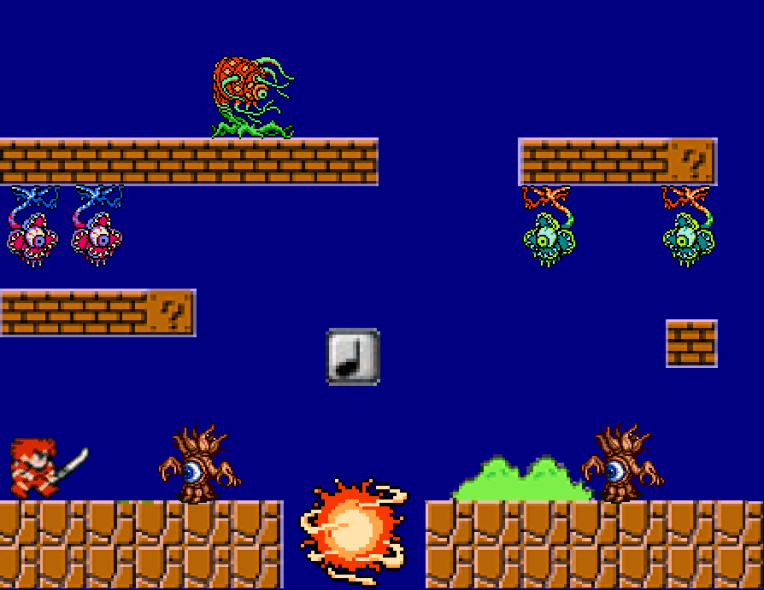 For three additional days he weaves among the GreenShafts and FloatStone platforms, and every day the twilight lingers longer into the dawn, encroaches sooner with the dusk; every day it seems the sky takes on a deeper shade of blue. Night, it seems, desires more territory than is its proper due.

On the sixth day, Perilous Jack finds the landmark he seeks, as it was marked out for him on Serra’s map – a pit in the earth, above which hangs suspended a curious solitary block, which floats like the handiwork of the Old Ones and their successors the First Men, but is manifestly different. The block is of a curious white material, and seems to vibrate at a tremendous rate, making it difficult to make out the characters inscribed thereon – although Jack suspects it is a bar of music he sees in the blur. The pit is occupied by a stationary Orb of swirling red mist, which Jack senses is in no way healthy to living organisms. The immediate area, perhaps permeated by the weird magic of the block or by the radiations and vapors of the Red Orb, is inhabited by an inordinate number of walking, carnivorous plants.

Walking Stumps patrol the ground around the pit, their splinterwood teeth and clawed hands promising agonizing injury to any they confront. Eye Fangs dangle from the undersides of FloatStone platforms overhead, hypnotic eyes peeled for a victim to lure into the embrace of their tooth-lined petals, and far above a Roper stalks back and forth, seeking prey to entangle in its paralytic tentacles.

The Walking Stumps are too dangerous to confront in close combat, and their tough wooden bodies can easily withstand even the enchanted blade of the Dancing Dagger; Jack decides to use a Fire Flower and attack them from a distance.

He swallows a dried blossom and feels the magic transform his body, causing him to grow and swell with the power of Elemental Flame. His fists are suddenly wreathed in flames, and he knows he need only gesture to hurl explosive bolts of fire wherever he pleases. Maintaining a comfortable distance from the plant horrors, he flings a half-dozen firebolts from his palms, setting the Walking Stumps ablaze.

The Walking Stumps burn slowly. Jack has plenty of time to consider his options, and to discover two StarSteel concealed in the nearby CacheStones.

Remove a Fire Flower from the Pouch of Ghrul and add 2 StarSteel.

If you think Perilous Jack should attack the Red Orb, turn to 33.

If you think he should attempt to strike the curious stone, turn to 31.

If you think he should sprinkle Fairy Dust on the stone, turn to 2.